Open the Bowels with Squatting 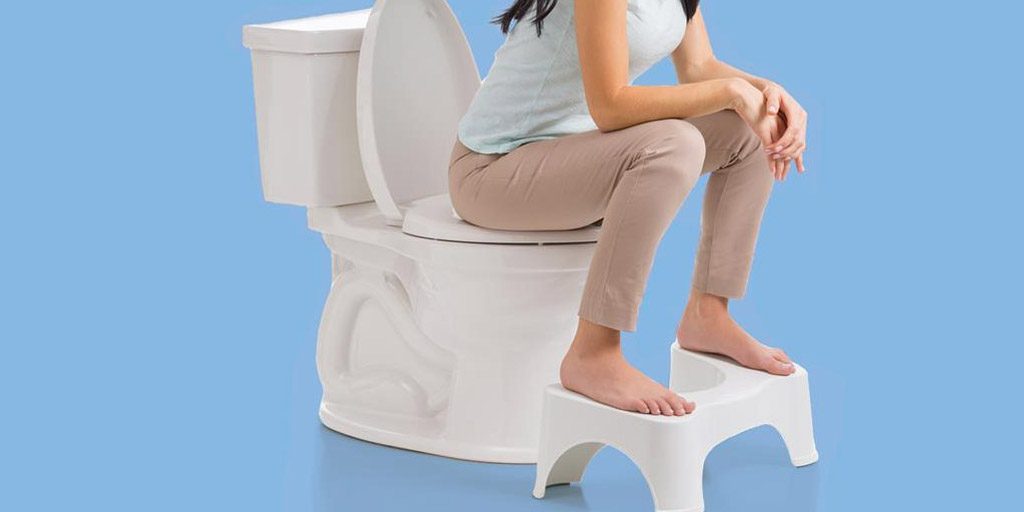 Perhaps you only ever think about the word squat as being one of those challenging exercises your visit to the gym includes.
Again, the wonderful author Giulia Enders whose book we reviewed (GUT) but published in her native Germany as ‘Charming Bowels’ used some of her time while writing the book researching really is the best way to support your body in the process of opening your bowel to release waste matter.
In Enders book she details several studies that show squatting to be the most efficient way to move faecal matter out. Squatting she reported is far more natural because the actual closure mechanism(sphincter) of the person’s gut is not designed by nature to “open the hatch completely” when we either sit down as we would on a toilet or in a standing position.

So, to understand why we don’t squat like other cultures do we need to revisit some history. Way back our ancestors squatted and did so until the mid 19 th century. Look at infants, they instinctively squat to poop. The modern toilet has required us to change the position we use to open our bowel to poop. The toilet as we know it is the Thomas Crapper style sit down toilet, specifically designed to position your knees at a 90-degree angle to your abdominal wall. When in this position next time you are on the toilet notice the position of your body and how you are probably likely to be breath holding and pushing and bending forward over your knees. None of this is helpful in opening both the sphincters to easily and effectively open. This causes even more straining as your intestinal organs are not positioned optimally and the added pressure created by bending forward creates a ‘ kink’ in the bowel making it difficult for faceal matter to easily pass through the bowel ( think of a kink in a hose)It also can be a health risk factor in people with cardiac disorders as breath holding causes an increase of intra abdominal pressure causing a strain on the heart as there is a disruption in the cardiac flow.
Modern chair like toilets were reversed for the royalty but soon they were found in most people’s homes complete with plumbing!

When you sit on a toilet you also in a position that is just like you sit when you are at a table. Your brain is programmed to view this position of one of been tight and upright not loose and relaxed so psychologically it is harder to evacuate. Evolution has created obstacles to evacuation, so any other position than squatting results in the ‘continence’ mode, that is evacuation is shut down. The puborectalis muscle chokes the rectum creating a kink. By squatting the puborectalis muscle relaxes and the rectum straightens so no kink occurs. Squatting is also very helpful to stop faceal stagnation and back up of faeces. When you squat your entire body weight rests on your feet. creating a beneficial pressure in your abdominal cavity, that creates a natural reflex urge to evacuate. The ileocecal value in the squatting position is securely sealed so there is no back flow of faeces matter into the appendix or small intestine. Sitting position does not do this.

In my work as a childbirth educator I continually observed pregnant women straining to evacuate and they may have been damaging and stretching the nerves that control the uterus and bladder. All women no matter what age are at risk of this condition.

Interestingly it has been reported that the most common areas that bowel cancer exists (caecum and sigmoid colon) are the areas not evacuated effectively when you sit to evacuate but squatting clears them far more effectively.

The simple act of squatting allows the bowel not to be kinked and the rectum straightens allowing fuller evacuation of the rectum and helps propel faceal matter move along the bowel. When you squat and if you do sit down on a chair like toilet it is vital your breath not breath hold. By breathing deeply and visualize sending your breath down to your bowel area you are sending oxygen and energy down to the area where you need it rather than way up, in the top part of your lungs.

So how best to squat? You can purchase a support seat/ step that goes over the toilet and enables you to position yourself correctly. You can sit facing the toilet cistern and squat over the toilet so you are facing opposite way to normal. You can sit on the toilet but raise your feet a small amount but flat on the surface and slightly lean your body forward so you obtain an inward curve in your back, your hands on your thigh area. Puff your stomach out including the side areas, let your abdomen bulge it forward to release the anal sphincter. It will feel like you are making your abdomen into a barrel and then breath out slowly. This is called the ‘Brace and Bulge’ technique and many pelvic floor women’s physiotherapists teach it to both women and men to help their elimination to be more efficient and effective. Have look on YouTube for the specific technique as it is a helpful one if squatting is too difficult.

To end I will quote the very well known natural therapist Bernard Jensen said about modern toilet habits “it is my sincere belief that one of the bowel’s greatest enemies in civilized society is the ergonomic nightmare known as the toilet or the John”.

Menu
Feel free to send us a message here, or use contact info on the left to call or email us.
©2021 Copyright Innergarden Health • All rights reserved • Web design by Connectus Studio